If I initiated this blog with a tribute to my dearest father then the next idol I must pay homage to is my Dida, or my maternal grandmother. Both Baba and Dida bore a deep love for the same woman, namely my mother, yet Dida and Baba seldom saw eye to eye and that’s nothing to be astounded about. Baba was an idealist with his head, a lot of times, in the silver clouds and Dida a thoroughbred pragmatist with her feet firmly planted in the brown earth of every-day life. Lest a grave fight should ensue between the two I dedicate my second entry to Darling Dida with much delight and adulation.

In a world of fast dwindling and depreciating human values I am so thankful for the memories that, even today, I cherish of my grandmother. The small sparrow of a woman of scant education but infinite erudition was a force to reckon with. Some of the qualities that I can be proud of today are all inherited from her, who lives on in my heart like a gentle, unquenchable flame.

First of all, she taught us about the value of money or the worthlessness of it. She had an amazing and extremely effective way of managing the household expenses. On the first day of every month she sat cross-legged on her bed and rolled up bank notes neatly into several scrolls securing them with elastic bands and labeling each with a white chit, snipped from lined writing paper. The scrawl on the labels showed what each bundle of currency was allotted to; for example, electricity, water, church, property tax etc. etc. Next she filed these scrolls neatly into old metal candy boxes and kept the boxes locked in her dark, unpolished mahogany cupboard, the keys of which resided surreptitiously under her mattress. By the second day of the month all creditors and bills were paid and she always had some money left over which she kept for emergencies which were most often authored by one of her six grandchildren. When I once lost a school text book and was too scared to approach my parents for a replacement it was of course good old Dida who stepped up to the plate and provided the money to buy the book. She could not bear that any of her family members would have cause to feel any kind of stress and she would resourcefully find a way to end it and allow mental peace to prevail for the loved one concerned.

Unconventional as she was it is no surprise she had an unusual pet that she absolutely adored – it was a goat with a coat as white as freshly-fallen snow and the fond, inane name of Puti. When Eid or Yuletide approached Dida suddenly became hyper-vigilant in apprehension that a stranger, or even one of the neighbours might steal Puti and serve one of her ample, well-fleshed shanks as the central item of their festive table. Puti was no longer allowed to strut across the busy thoroughfare, bringing screeching traffic to a grinding halt, to get a gulp of water from the street tap across from her house.

Dida was a skillful and innovative knitter and seamstress. She was often commissioned to knit sweaters and tailor dresses for people who wanted well-fitting garments. A devoted coterie of faithful customers would bring Dida their wool or their cloth and select designs from the vast repertoire of her pattern books. Cap sleeve, mutton sleeve, Chinese collar, umbrella skirts, cable, fair isle, lacy knits, you name it and Dida’s flying fingers would transform a picture on a glossy page into a cherished garment for someone. Her advertisement was her fine work and the word of mouth of satisfied customers. Over time, with her earnings, she helped her husband pay off the loan they had on the lovely red brick house they lived in. She ran this small enterprise on top of her gardening, her cooking, cleaning and child-rearing. What motivation and perseverance – she would have put many modern-day career girls, with all their fancy gizmos, in the shade.

Dida was an avid reader. Every day, after lunch, when most of the neighborhood was immersed in a rice and fish curry induced siesta, Dida read the Bengali daily from the front page right to the weather report on the last. She knew well in advance if a scorcher of a day was on the cards or a monsoon deluge was on its way. She knew if the Prime Minister was in Bonn or in Hague and what summit he or she was attending, exactly how many road accidents and murders had taken place in the city the night before and if mankind was any closer to finding a cure for cancer. In the evenings, when her day’s work was over, she leaned back on a stack of pillows on her old four-poster bed and read novels of love and longing, triumphs and tribulations, of thrills and chills; a wistful smile sometimes playing at her lips or a frown darkening her brow like a mid-June monsoon cloud. With a mind shaped by her considerable reading she could boldly hold a discourse on any subject with anyone who cared to do so.

Ah! And then came her love of “bioscope”. Dida had an untenable penchant for movies that showed at the Lighthouse, New Empire or Globe cinemas. Although, she could barely read or write English her comprehension was that of an astute and eager mind. Most importantly, she possessed an uncanny sense of how human emotions, relationships and happenings evolve and develop.  Even now, the down on my forearms stand up when I recall her telling of timeless stories from films she had watched on the silver screen, like “Gone with the Wind” and “Matahari”, the German spy. She retold such tales with the right cadence and expression to a rapt audience of grand-kids; her voice dropping to a whisper at the crucial twists and turns in the plot and often her eyes glistening with a faraway look in them, stretching into a reality not quite her own but one in which she partook so eloquently. In particular, a vignette of her telling and re-telling of the last scene of “Queen Christina” floats uninhibited into my imagination where the Queen, after abdicating her throne to the man she would not deign to marry, boards the ship to go in search of her lover. The turbulent sea-breeze, symbolic of the tumult in her own life, grabs and plays with the lush gather of her gown as she stands gripping the bow of the ship. Then the camera slowly zooms until Greta Garbo’s anguished face fills the screen and Dida immerses herself in that look of indescribable pain in the Queen’s eyes and makes that agony her very own.

More on dear Dida another time … 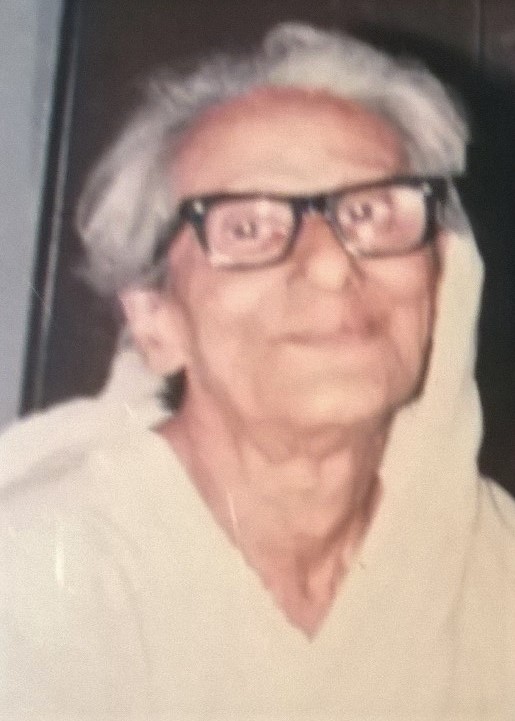